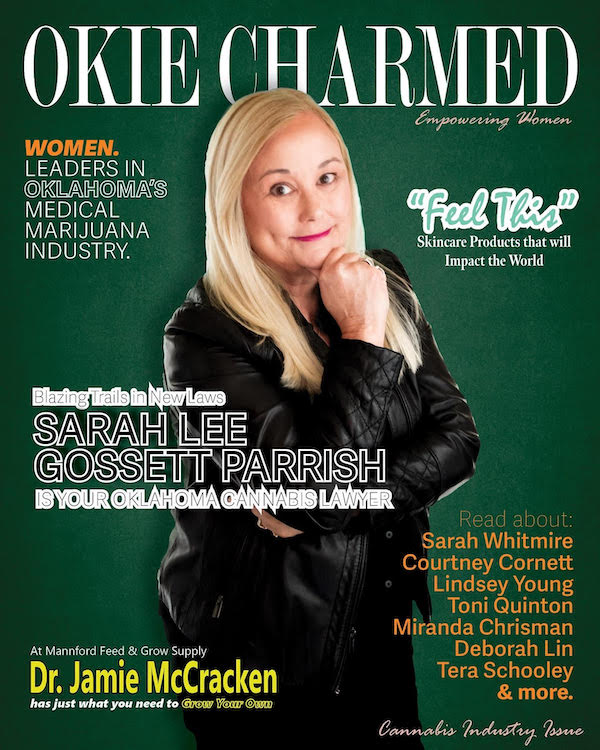 Sarah Lee has been named...

One of the National Law Journal's 2019 Cannabis Trailblazers!

One of American Lawyer Magazine’s Women Leaders in the Law
for 2019 AND 2020! 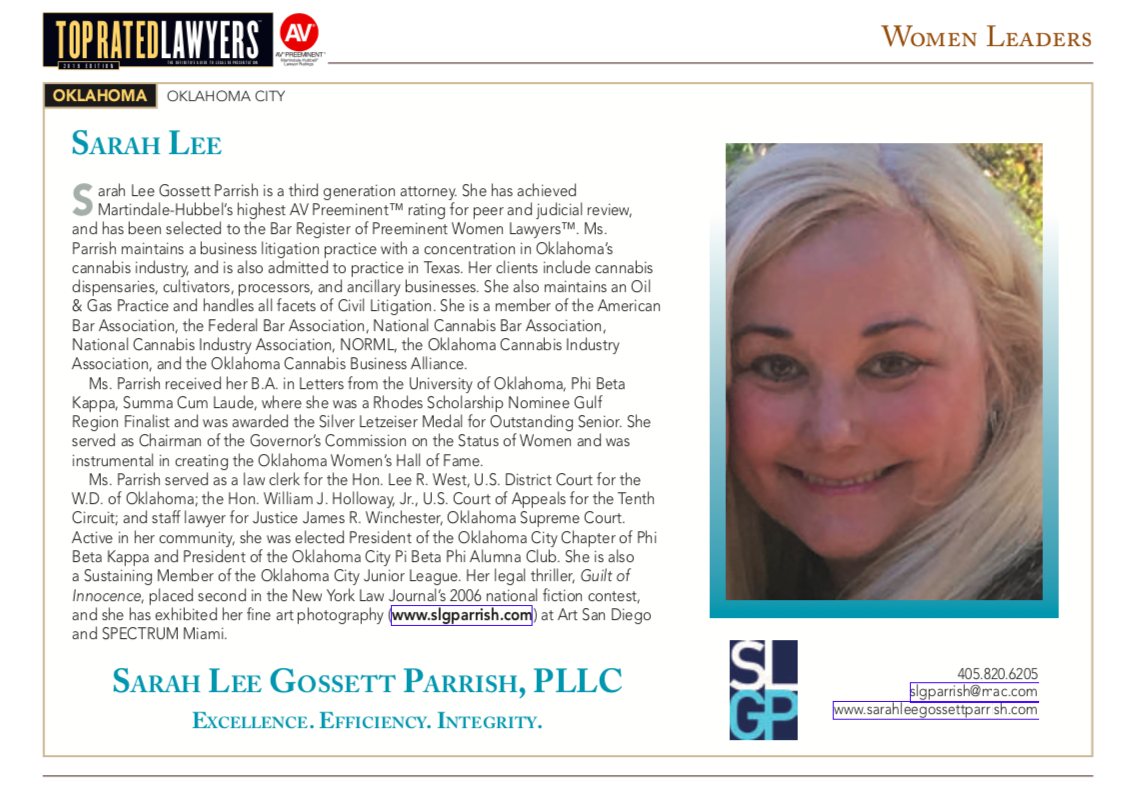 I also am a member of the Oklahoma Cannabis Trade Association and of New Health Solutions Oklahoma, Inc. I am licensed to practice in all state and federal courts in Oklahoma and all state courts in Texas, including the United States District Courts for the Western, Eastern, and Northern Districts of Oklahoma; the United States Court of Appeals for the Tenth Circuit; the United States Supreme Court; and the Oklahoma and Texas Supreme Courts. I am a member of several legal associations, including: Phi Delta Phi Legal Fraternity, Judge, University of Oklahoma College of Law Board of Advocates’ Moot Court Competition (Preliminary Rounds) March, 2004, Judge, Supreme Court Briefs, American Bar Association National Appellate Advocacy Competition (NAAC) 2012, and Certified Civil Mediator, The Mediation Institute, Oklahoma City, Oklahoma. I have also served on the Board of Editors for the ABA Litigation Appellate Practice Journal.

I have served on the following boards: 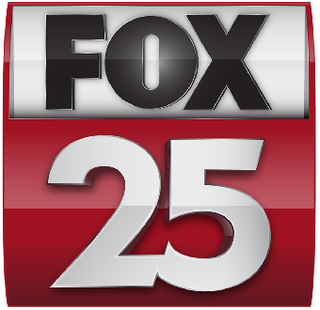 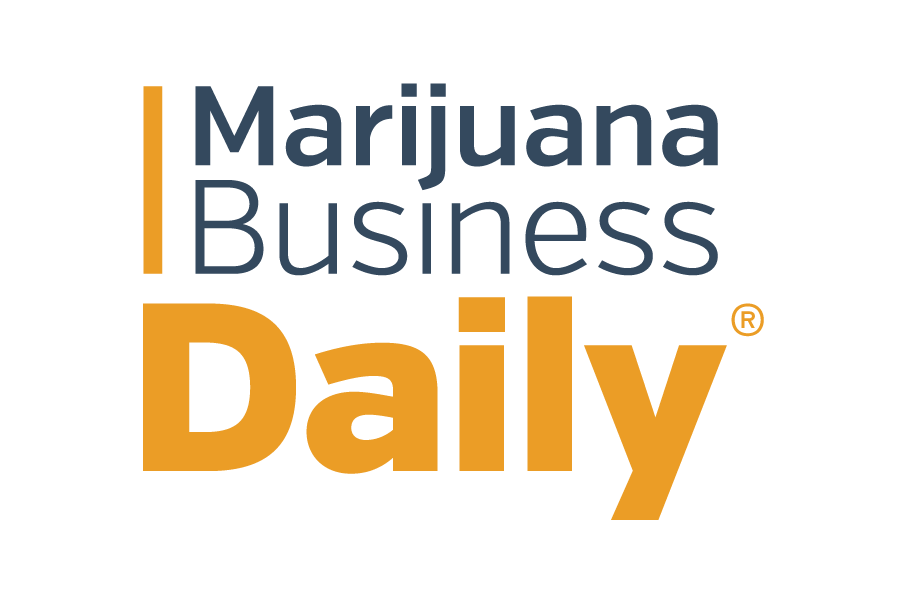 Oklahoma: A red state with some of the most liberal medical pot laws in the nation

Additionally, Sarah Lee Gossett Parrish has authored many published Opinions of the Oklahoma Supreme Court and numerous Orders of the Hon. Lee R. West, U.S. District Judge for the Western District of Oklahoma. Several of these published Opinions and Orders are listed below.

Sarah Lee Gossett Parrish was listed on the 2011 Inaugural Edition of Martindale-Hubbell’s Bar Register of Preeminent Women Lawyers. She has held, and continues to hold the highest rating for an attorney in the United States, an AV rating from Martindale-Hubbell, for many years.

My articles have been published in The Federal Lawyer, The Oklahoma Bar Journal, and the American Bar Association’s Tort Trial & Insurance Practice Law Journal. 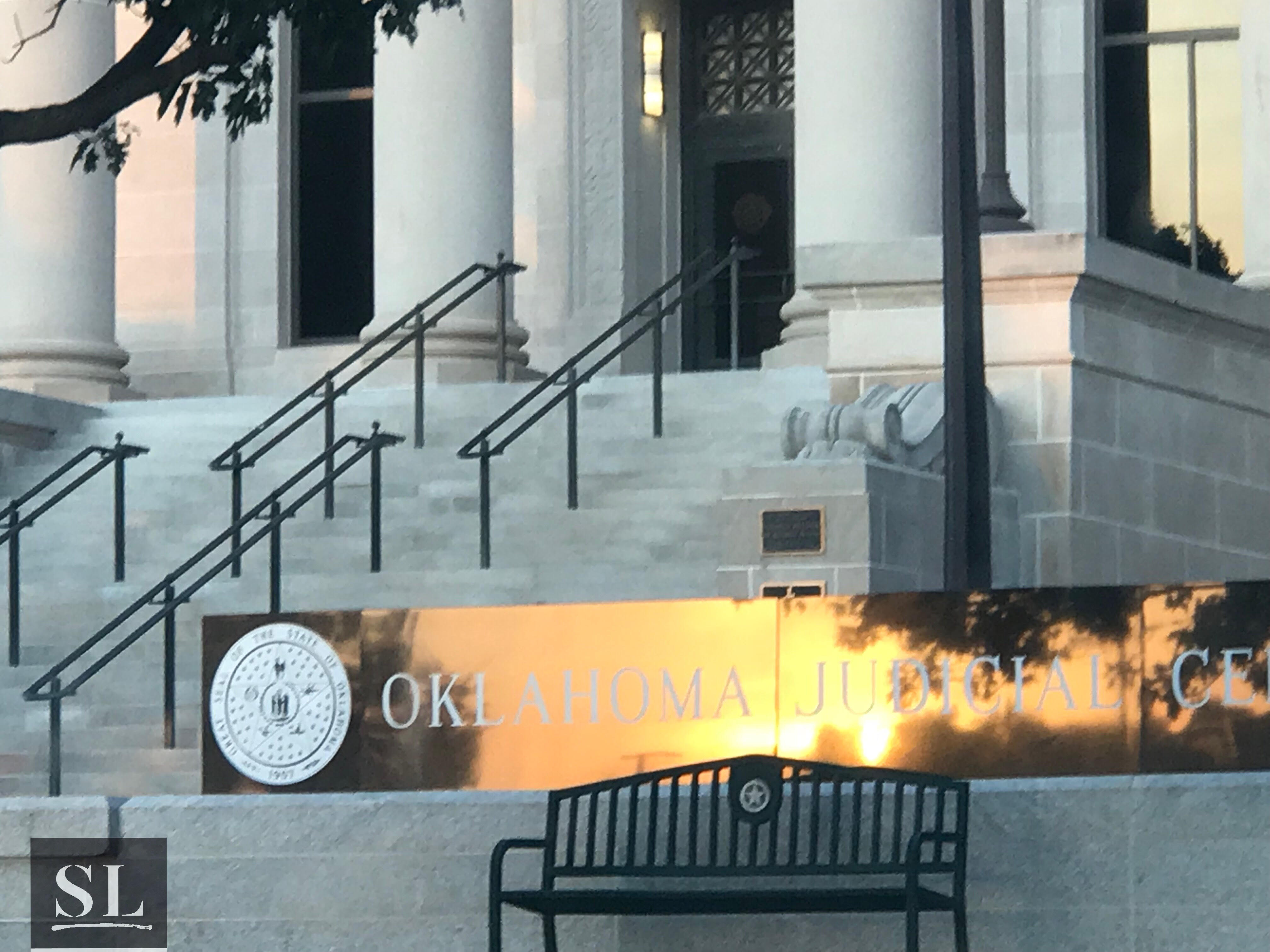 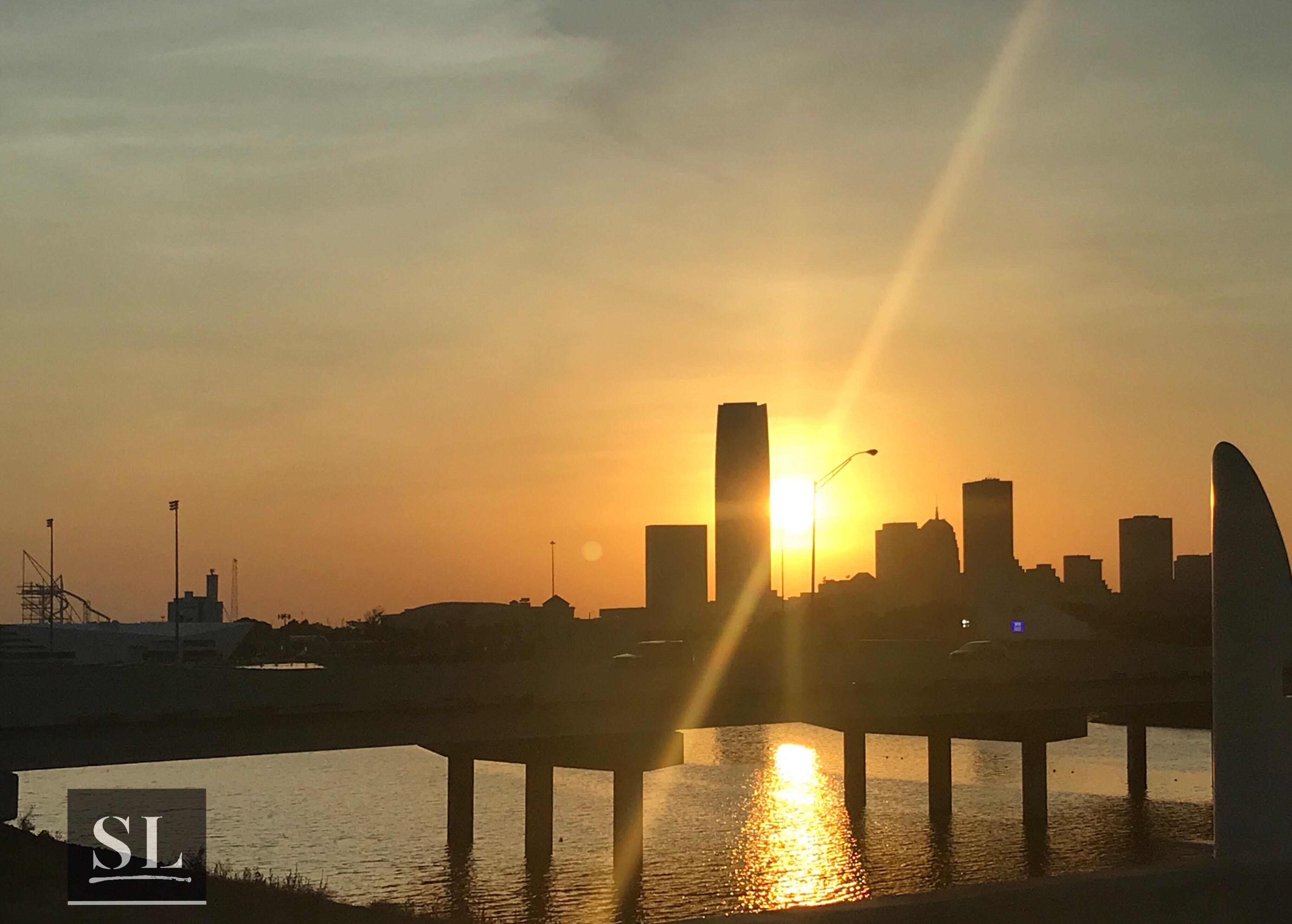 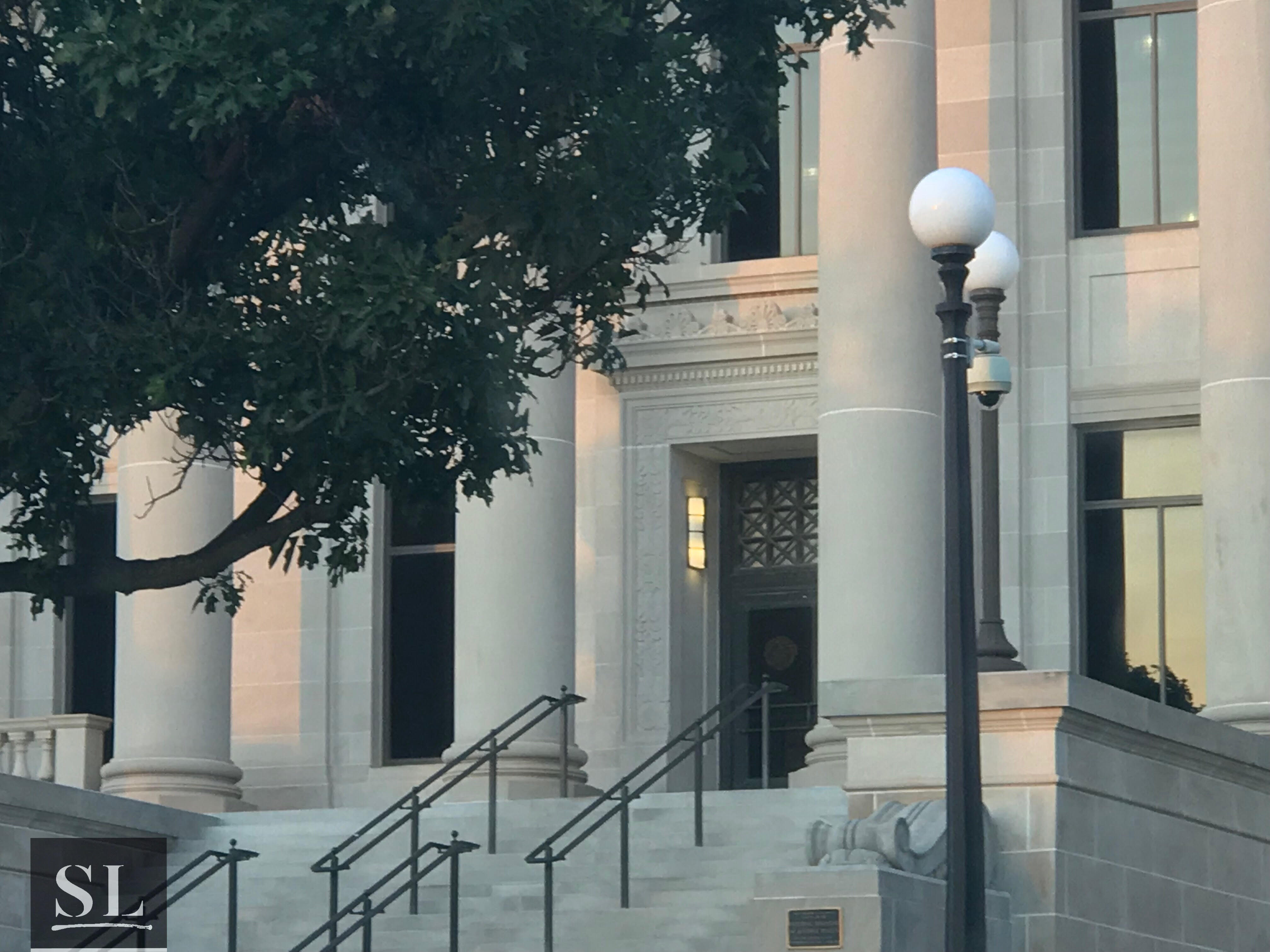